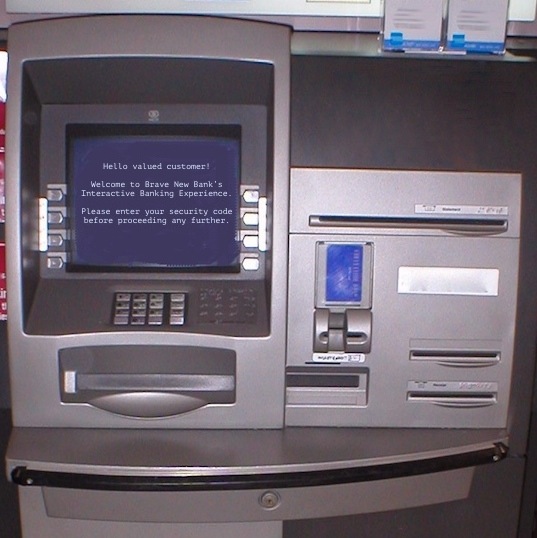 It was not easy trying to make ends meet. Living in the city was expensive, and Megan was underpaid to do a dead-end job she was over qualified for. She didn’t have a lot of choice, however. Although she was actively searching for a better position, there were very few opportunities. She would have liked to move from the city to a smaller place where the cost of living wasn’t so high, but the distance and increased traveling time would add to the stress of working at the job she currently had, or any she might eventually obtain.

She stopped at a banking machine on her way home. It was getting late, and she needed some cash so she could buy a few groceries before the shops closed. Her pocket book was empty, and she feared that her bank account was too.

While she struggled to avoid feelings of despair and self-pity, at times it was difficult. She managed to house, feed and clothe herself, but it was difficult to get by on her wages. The problem at the moment was that recently there had been several bills and unexpected expenses which she paid as soon as they were due; the result was her bank balance was rather frighteningly low. Payday was at the end of the month, and it seemed a long way off.

She inserted her card into the machine, and waited patiently. The screen lit up with a welcoming “Hello valued customer! Welcome to Brave New Bank’s Interactive Banking Experience. Please enter your security code before proceeding any further.”

The message took her aback. It had been a while since she had made a cash withdrawal, and she didn’t recall having seen it before. BNB’s Interactive Banking Experience? Was that something new? END_OF_DOCUMENT_TOKEN_TO_BE_REPLACED

A few years ago, the first day of June had ushered in a heat wave that, as it turned out, would last for three months. No one knew it then of course, which was just as well. We all struggled through the hot, muggy days, shuttling back and forth from air-conditioned homes to air-conditioned workplaces, usually by means of air-conditioned transportation. It was supposed to be the best time of year and we were all trapped inside, trying to escape the heat. Casual conversations were peppered with endlessly repeated clichés as to how hot it was, how unusual a June heat wave was and variations on, Wow if it’s like this now what’s it gonna be like in mid-August! Repetitive though they were, those comments didn’t get to me. What got to me was that before long the refrain had shifted to the irritating inanity uttered by would-be comedians: Hot enough for ya, Marissa? Usually it was accompanied by a braying guffaw that no self-respecting donkey would ever produce and a hearty slap on the back, as though it were all just good fun and shouldn’t be taken too seriously.

When on a Monday in the middle of the month I had heard that from three different people before 10:30, I felt as though the day couldn’t get any worse: I was mistaken, as a mere ten minutes later it did. END_OF_DOCUMENT_TOKEN_TO_BE_REPLACED