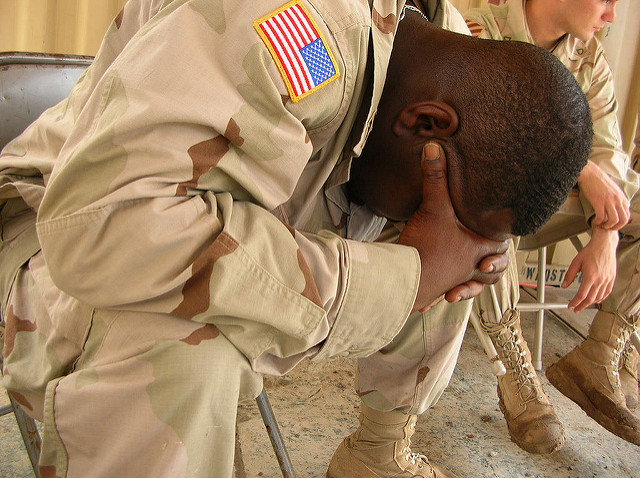 Dedicated to combat veterans and PTSD sufferers, wherever they may be…thank you for your service…

An Enemy That Haunts My Mind is included in We Go On: Charity Anthology for Veterans, available from all major online book retailers.

* * *
© 2011 by Alan W. Jankowski • All rights reserved
Photo © 2005 by Aubrey Arcangel • Used without revision under terms of a Creative Commons license